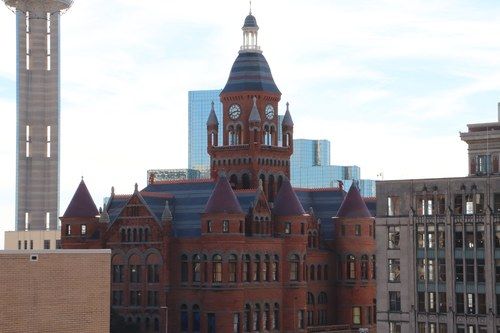 (Herein called ECCFA) Revised: April 2017
ARTICLE I - AFFILIATION
The ECCFA exists under the authority of the Dallas County Community College Faculty Association (herein called DCCFA) and is a chapter of that organization. The ECCFA will abide by the Constitution and Bylaws of the DCCFA, and any provision of these Bylaws which is in conflict with those of the DCCFA is null and void.

ARTICLE III - MEMBERSHIP PRIVILEGES
Active members shall be entitled to privileges determined in the Bylaws of DCCFA.

ARTICLE IV - FINANCE
The ECCFA shall defray all necessary expenses for the operation of the association.

ARTICLE V - OFFICERS
Section 1. The term of office for all officers and Council members shall begin June 1.
Section 2. The president shall be the official representative of the ECCFA in its contact with the DCCFA, government, civic, professional, business, and other organizations, institutes, and groups for the purpose of advancing the objectives of the association. The president shall have the power to appoint         an official representative from the Council if unable to be the official representative.
a. The president shall:
1) preside over all ECCFA Council meetings and general ECCFA membership meetings.
2) serve as ex-officio member of all committees.
3) call special meetings of the ECCFA Council and, with the approval of two more Council members, call for a general meeting.
4) attend scheduled meetings of the DCCFA Council.
5) perform all other appropriate duties as may be assigned by the Council and/or general membership.

Section 2. The Council shall by majority vote:
a. serve as the coordinating body of the ECCFA and shall act in areas not specifically designated to some other activity.
b. be responsible to the members whom they represent.
c. act in accordance with the constitution and bylaws of the ECCFA and DCCFA. d. act on recommendations and resolutions of appointed committees.
e. order payment of monies.
f. remove from office any officer of the council except the president.

Section 3.
The Council will meet a minimum of three times per long semester.
Section 4.
Special meetings of the Council may be called by any two (2) members of the Council.
Section 5.
A majority of the Council shall constitute a quorum for any regular, special, or emergency meeting.

ARTICLE VII - RECALL OF THE PRESIDENT
Section 1.
The President of the ECCFA may be subject to recall upon petition by 20% of the membership of the ECCFA.
Section 2.
Upon presentation of petition, the ECCFA Council shall direct the Secretary to call for a recall election within 30 days. Written notice of the election will         be given at least seven days prior to said election.
Section 3. The President may be removed from office by a two-thirds vote of the ECCFA membership voting.

ARTICLE VIII - COMMITTEES
El Centro members of DCCFA standing committees shall be chosen by the ECCFA Council from the general membership of ECCFA.

ARTICLE IX - AMENDMENT
These Bylaws shall be amended by the majority vote of the members present at a general membership meeting, or by the majority of members responding in a specified time frame to an e-mail vote. The type of voting will be determined by vote of the ECCFA Council.

ARTICLE I - NAME
The name of this organization shall be the El Centro College Faculty Association.
ARTICLE II - PURPOSE
The purposes of the ECCFA shall be to provide a strong organization capable of speaking for the faculty of El Centro College; to promote the professional, economic, and social welfare of the faculty; to ensure academic freedom; and to inspire professional growth and activity that will ensure the best possible education for the students of El Centro College.
ARTICLE III - AFFILIATION
The ECCFA exists under the authority of the Dallas Community College Faculty Association, hereinafter referred to as the DCCFA, and is a chapter of that organization. The ECCFA will abide by the Constitution and Bylaws of the DCCFA, and any provision of the Constitution which is in conflict with that of the DCCFA is null and void.
ARTICLE IV - MEMBERSHIP
Section 1. Active members shall be members of the DCCFA who are assigned to El Centro College. El Centro faculty who teach at other DCCCD locations shall have the option of joining either the ECCFA or the Faculty Association at the location where they teach.
Section 2. The membership year shall be defined as the period of time from the convening of the annual DCCFA convention in the Fall semester extending to the convening of the annual DCCFA convention the following Fall semester.
Section 3. Dues will be established at an amount determined by the District Faculty Council subject to the approval of a general convention.
ARTICLE V - FINANCE
Section 1. The ECCFA shall defray all necessary expenses for the operation of the association.
Section 2. Association funds shall be derived from allocations from the DCCFA and other such membership assessments as may be properly authorized.
ARTICLE VI - GOVERNMENT
Section 1. The purposes of the ECCFA shall be effected through general membership meetings, the Faculty Council, and appointed committees.
Section 2. The El Centro College Faculty Association Council, hereinafter referred to as the ECCFA Council, shall consist of representatives from each college division elected by the ECCFA members of each division. The ECCFA Council shall serve as the executive body of the association attending to its business and administrating its policies prescribed by the general meetings and the Constitution and Bylaws between the general meetings.
Section 3. The general meetings composed of the ECCFA Council and the active members of the ECCFA shall serve as the legislative body of the organization.
ARTICLE VII- OFFICERS
Section 1. The President of the ECCFA shall be elected at large among membership of the ECCFA. ECCFA Council members shall be elected by the ECCFA members from each college division.
Section 2. All Council members and officers shall be active members of the ECCFA.
Section 3. The President shall serve as the ECCFA representative to the DCCFA Council. The Vice-President shall serve as alternate to the same.
Section 4. A Vice-President, Secretary and a Treasurer of the ECCFA shall be elected by members of the Council at their first regular scheduled meeting         after their term of office begins. The officers shall be chosen from the members of the ECCFA Council with no member holding more than one office.
Section 5. Officers shall serve for a term of two years or until their successors are elected.
Section 6. In the event of the death or resignation of any ECCFA Council officer, the ECCFA Council, by majority vote, shall fill the vacancy from its membership.
ARTICLE VIII - COMMITTEES
Standing and special committees may be established by the ECCFA Council.
ARTICLE IX - PARLIAMENTARY AUTHORITY
The rules contained in Robert’s Rules of Order, Revised shall govern this organization in all cases to which they are applicable and in which they are not          inconsistent with the Constitution and Bylaws of the association.
ARTICLE X - AMENDMENT
Section 1. This constitution may be amended at any regular meeting of the general assembly of the ECCFA as follows:
1. Proposed amendments must be presented to the ECCFA Council at least fourteen (14) days in advance of a meeting.
2. Amendments will be adopted by a two-thirds vote of the membership in attendance provided the proposed amendment shall have been published and distributed at least 14 days before the meeting.
Section 2. The Bylaws shall be amended by a majority vote of those in attendance at any regular general membership meeting.
ARTICLE XI - GENERAL MEETING
Section 1. A minimum of one general meeting must be called annually by the ECCFA Council.
Section 2. A general meeting may be held at the request of any three members of the ECCFA Council or by a petition of ten (10) percent of the membership of the ECCFA. Notice must be given all members at least ten (10) days prior to the meeting.
Section 3. A Quorum shall consist of the members present.
Section 4. Action adopted by a majority vote shall be binding on the organization.
Section 5. Absentee voting may be provided for in the Bylaws.